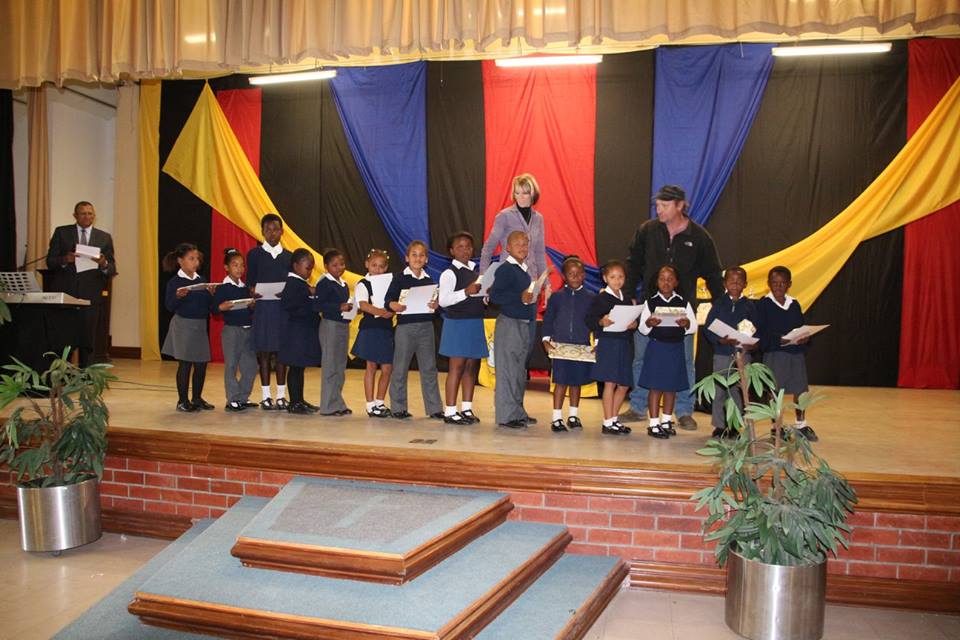 WELCOME TO THE ARK CHRISTIAN SCHOOL

The Ark Christian School is an educational ministry, focusing on the holistic development in a Christian environment. Born of a need to educate the children of addicts, the destitute and homeless, undergoing rehabilitation at the Ark City of Refuge. Our school began in 1993, with informal lessons held under a tree. Each ensuing year brought with it seemingly insurmountable need and each year God’s tender love for His children manifested itself and His ever-abundant grace met the challenge. The ministry’s relocation to Faure in 1999 allowed the school to conduct lessons in a formal school building. The school expanded rapidly as parents in the surrounding townships of Driftsands, Mfuleni and Khayelitsha sought Christian education for their children.

Presently the school has 260 learners. We have children from as far away as Rwanda, Zaire, Zimbabwe and Angola alongside learners from the surrounding areas and The Ark City of Refuge. The language difficulties of newly arrived refugee children would slow their progress at public schools, but The Ark Christian School provides intensive language training assisted by their integration into the community of the ministry. Extra-mural sports and cultural activities include soccer, cricket, netball, athletics, chess, environmental club, woodwork, sewing, choir and drama.

Central to teaching and lifestyle of all the children in the ministry is the message of the Gospel and the children are nurtured and tutored from an early age to love the Lord Jesus and to walk in His Light.

Excellence is an attitude. We provide a safe and caring environment for learners to grow academically, culturally, physically and spiritually.

The realization of our vision will be achieved by: